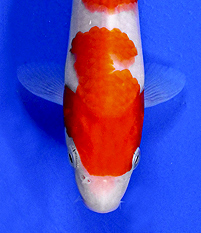 Kokaku, the oldest and most well known variety of koi, have a solid white base with patterns of red overlaid on top of the white. Top quality Kohaku display a bright, blemish-free white combined with deep, vibrant red tones. The even distribution of the pattern along the body is also very important. 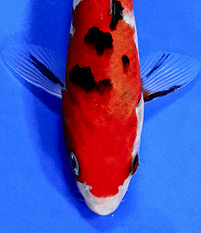 Taisho Sanke, or Sanke for short, are koi with a solid white base overlaid by patterns of both red and black. It is commonly said that a high quality Sanke pattern begins with a great Kohaku pattern, to which the black is a welcome complement. 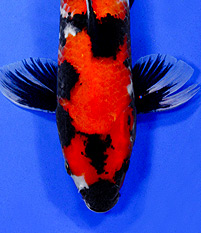 Showa Sanshoku, more commonly known as Showa, are koi that display white and red/orange patterns over top of a black base color. Showa can be easily confused with Sanke. In Showa, the black patterns will wrap all the way around the body, instead of appearing only on the top half of the body. Also, Showa will have black patterns on the head, and Sanke will not.

The red, white and black should be balanced about the body evenly, with crisp, clean edges between each color. 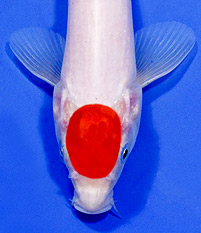 Tancho is a hugely popular variation of Kohaku, in which the only red pattern appears as a single red dot on the head. The symmetry and placement of the Tancho mark are main factors in determining the quality of any particular koi. Tancho are highly regarded in the Japanese koi industry for their resemblance to the Grus japonensis, or Red-Crowned Crane.

Although the Tancho mark can appear in many varieties of koi, the word “Tancho” by itself is almost always used to refer to Tancho Kohaku.

Variations of Tancho include Gin Rin Tancho and Doitsu Tancho. 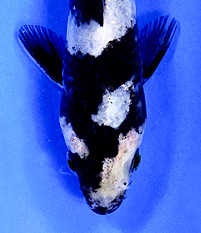 Shiro Utsuri are koi with a black base overlain by areas of white. A high quality Shiro Utsuri will combine clean white patterns with a deep, lacquer-like black. A split head of both black and white is also an important requirement for top quality specimen. 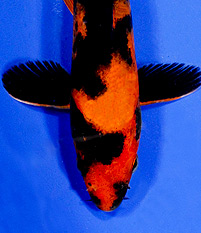 Hi Utsuri combine the lacquer-black base color with patterns of deep red or orange. Red Hi Utsuri are superior to orange. Many Hi Utsuri will display a dull orange pattern at a young age, which may develop into a brighter and more desirable red pattern as the koi grows and matures. 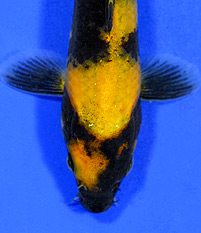 Ki Utsuri, by far the rarest type of Utsuri, combine patterns of yellow over a lacquerish black body. Ki Utsuri are judged by the same criteria as Shiro and Hi Utsuri. 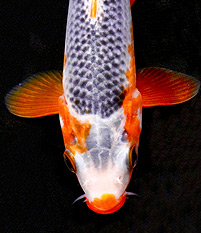 Asagi are koi that display a blue net-like pattern on the back, complemented by red or orange on the belly, gill plates, fins and body. The red or orange pattern will develop up from the bottom of the body as the koi ages. Top quality Asagi have a red pattern that does not extend above the lateral line.

Variations of Asagi include Gin Rin Asagi and Hi Asagi. 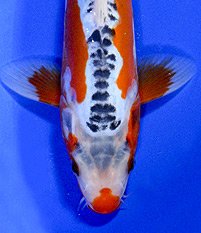 Shusui are the scaleless (doitsu) version of Asagi. The blue net pattern is replaced by a single row of scales along the dorsal line at the top of the back. Like Asagi, the belly, gill plates, sides and fins of Shusui display an orange or red pattern.

Variations of Shusui include Gin Rin Shusui and Hi Shusui. 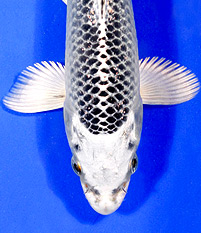 The sole variation of Matsuba is Doitsu Matsuba. 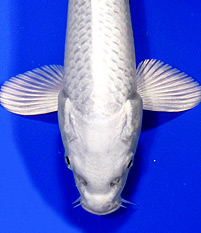 Platinum Ogon, also known as Purachina Ogon, are solid, metallic-white koi. A clear white head and unblemished white body are crucial to the quality of a Platinum Ogon. 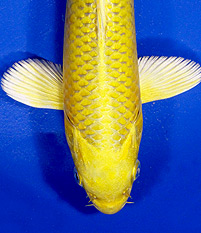 Yamabuki Ogon are koi of a solid, metallic-yellow color. As with other Ogon koi, a clean, unblemished head and body are important. 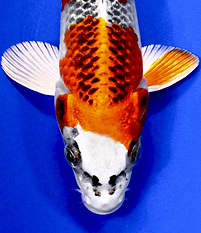 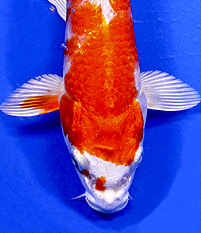 Hariwake display a solid metallic-white base coupled with bright, vibrant patterns of yellow or orange. The bright, luminous white of Hariwake differs from the softer, matte-white of Kohaku and Sanke. Hariwake with a bright yellow pattern are commonly referred to as Lemon Hariwake. 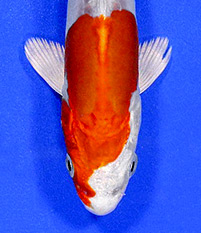 Although technically they are the Doitsu version of Hariwake, scaleless white koi with patterns of orange or yellow are commonly referred to as Kikusui. The bright, metallic colors of Hariwake are also present in Kikusui.

Tancho Kikusui are the sole variation of Kikusui. 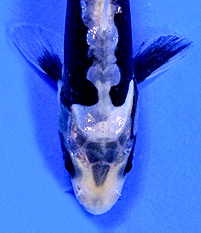 Kumonryu are scaleless (doitsu) koi with patterns of grey or white combined with black. Probably the most intriguing variety of koi, Kumonryu will completely change their pattern many times throughout their life. They can go anywhere from solid white to solid black, or any conceivable combination in between. 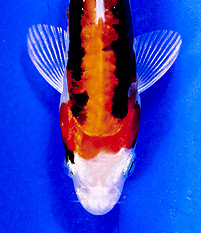 Beni Kumonryu are Kumonryu with the presence of a third color, red. Just like Kumonryu, Beni Kumonryu can change their pattern completely many times throughout their lifespan. 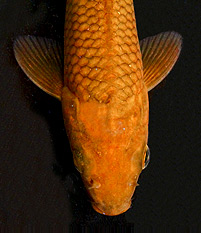 Chagoi are solid colored brown or bronze koi with a subtle reticulated net pattern. Although they are not nearly as flashy or colorful as other types of koi, Chagoi are still a welcome addition to koi ponds. Because of their close genetic relationship with wild carp, Chagoi are some of the friendliest and most docile koi available. This makes them the easiest to train to hand feed, and other varieties of koi may follow suit when they see a Chagoi hand feeding.

Variations of Chagoi include Gin Rin Chagoi and Doitsu Chagoi. 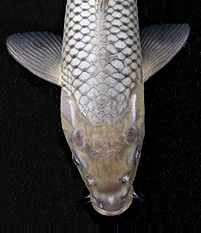 Soragoi, similar to Chagoi, are koi of a solid grey or silver color, combined with a subtle net pattern. Also like Chagoi, mature Soragoi are very docile and will be among the first koi in your pond to learn to hand feed. 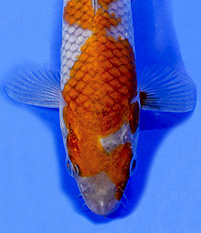 Ochiba Shigure, commonly referred to as Ochiba, combine the brown/bronze of Chagoi with the silver/grey of Soragoi. The name Ochiba Shigure translates as “autumn leaves falling on water”, a reference to the silver and bronze pattern.

Variations of Ochiba include Gin Rin Ochiba and Doitsu Ochiba. 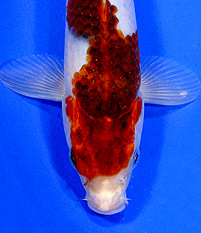 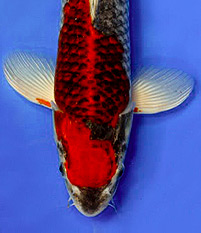 Goshiki are koi with a solid white base with black and blue edging, and red and black patterns overlaying the white, black and blue colors of the base. Goshiki translates as “five colors”.

Variations of Goshiki include Gin Rin Goshiki and Tancho Goshiki. 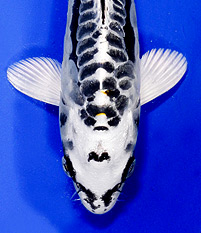 Kikokuryu are scaleless (doitsu) koi with a white base combined with areas of black inside the single row of scales, along the back outside of the row, and on on the head around the eyes and nose. Kikokuryu are commonly thought to be metallic versions of Kumonryu. 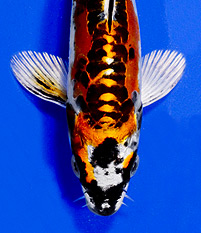 Kin Kikokuryu combine orange or yellow with the black and white patterns of Kikokuryu to form the newest variety of koi in the industry.

We consistently have almost zero loss during shipping and acclimation of our fish. Our customers compliment us constantly on the health, quality, variety and color of our fish. They all come from Blue Ridge. The staff is always helpful, friendly and efficient.